Built in 131-32 AD, the Arch of Hadrian spans an ancient road in central Athens, southeast of the Acropolis.

Athens, Greece, is the antidote for the bland. Everything inspired me – the cultural sites, the museums, the cuisine and the friendly residents. The Athenians are the guardians of a rich heritage.

Over two thousand years of history are captured in antiques. The rising columns of the Parthenon, a colorful marble path to the Acropolis, a fragment of a tile: all have stories to tell. The slabs and pieces of stone that may have been someone’s porch or storefront are of untold value. These pieces of the past are a lure for those, like me, who are enchanted by the mysteries of antiquity. 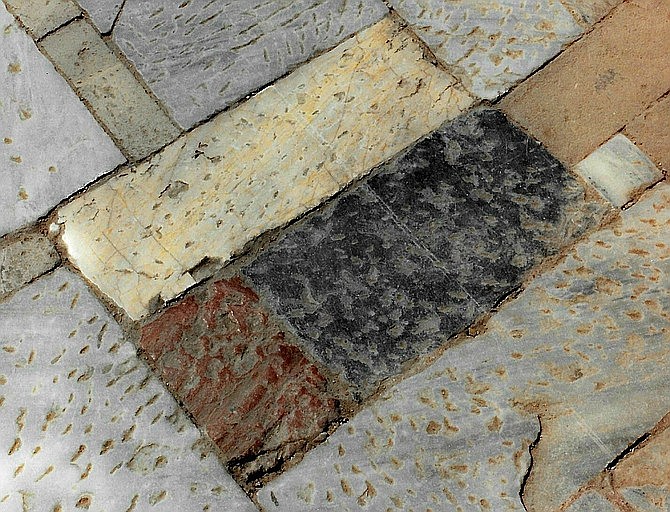 Marble walkway to the Acropolis – even the sidewalk has a story.

My two travel companions and I enjoyed stunning views of the Acropolis from our hotel room at the Diviani Caravel. This was my first glimpse of the treasures of Athens. Throughout the week we visited several historical sites and museums, but the glory of all was the Acropolis. When I marveled at the curved columns of the Parthenon and the figures in the relief sculptures of the frieze, I tried to imagine how many others had looked up in wonder.

I think the Plaka district – the oldest part of the city – is the soul of Athens. 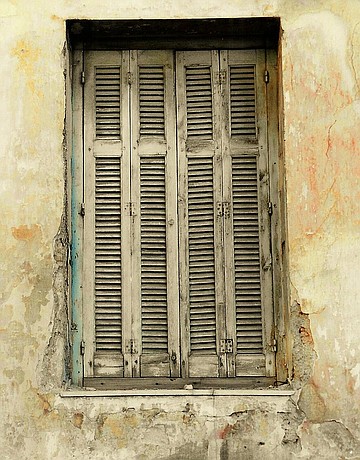 A weathered building in the Plaka district of Athens.

The winding cobblestone streets, Byzantine churches and buildings with terracotta tiled roofs attracted me. Some structures were collapsing and others had peeling paint, but they all exuded an artistic charm. Crumbling columns and pieces of ancient buildings stood beside immaculate buildings in pastel hues.

Today’s Plaka was actually built around ruins, mostly the Agora, which was a gathering place with shops and markets – much like today’s Plaka.

Yes, the Plaka has streams of tourists and an overabundance of souvenir shops, but it’s also a gathering place for locals. When the locals meet, they do what we did: they shop, eat, drink and laugh. As tourists, we merged with the crowd of shoppers who descended on the Plaka in a buzz of excitement. In the narrow lanes we found too much graffiti, but the fascinating shops and colorful sidewalk cafes made up for it.

Our first evening in Athens, echoes of laughter and tantalizing aromas drew us to a restaurant on Adrianou Street. I searched the menu until I found the traditional Greek appetizer, the moussaka. It was a chewy and flavorful dish of layered eggplant of ground lamb, seasoned with exotic spices, then dipped in a creamy bechamel sauce.

Instead of dessert, I ordered dolomades – stuffed grape leaves – just because I thought I should eat dolomades in Athens. I’m glad I did. The earthy flavor was a wonderful taste surprise.

After dinner, we returned to our hotel, passing the huge Olympic Stadium, Arch of Hadrian and the Temple of Zeus. I cannot describe the exhilaration of seeing three historic sites in one evening of walking.

The next day we had dinner at Kalokairinós, one of the oldest taverns in Athens, known for its colorful folk dancers. It was there that I discovered ouzo, a powerful liquorice-flavored alcoholic drink. Amidst lively chatter, it was definitely a place of festivities. Belly dancers swirled in a cloud of gauze. Male dancers wore traditional Greek costumes with “fustanella”, which are pleated clothing resembling kilts. The toes of their shoes were adorned with black pom poms that quivered and quivered as the men spun and stomped around the stage. During the final of the show, the audience thanked the performers by shouting a warm “Efharisto”! 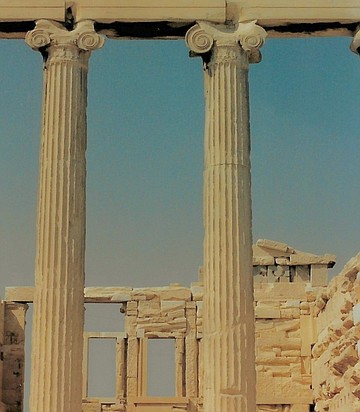 Columns at the Acropolis.

Return to the Plaka

My friends and I loved the Plaka so much that we decided to move to an intriguing Plaka hotel for our last three nights in Athens. It was a 19th century structure with peeling paint, no elevator, and narrow, winding stairs to our room on the second floor. The enchanting room had 12 foot ceilings and a blue tile fireplace. A small black iron balcony offered a view of the Acropolis.

We asked our host which restaurant he preferred, then headed to a sidewalk cafe not far from our hotel. It was a bit early for the dinner crowd so the cafe was quiet and uncrowded. Melodious bouzouki melodies floated in the air.

Our server recommended the souvlaki, which was flame-grilled lamb layered in freshly made pita bread, then topped with grilled onions and tomatoes. Homemade tzatziki – yogurt mixed with finely chopped cucumber, onion and garlic – was coated on top. It was a dripping but succulent delight!

We lingered at our sidewalk table, watching people stroll along the narrow street. Some stopped and inspected the vendors’ carts, which were overflowing with candy and nuts. Others fed stray cats that seemed to be a staple of the Plaka. 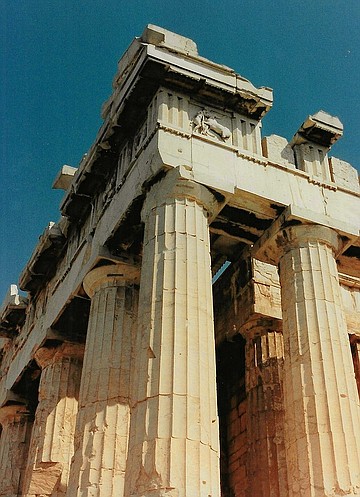 Columns of the Parthenon.

We wandered around the Plaka for a while, then entered a store where the trader sold me a gold-plated pendant – a replica of a Byzantine cross coin. He then guided me to a small balcony in the showroom. As the trader waved his hand in the direction of the Acropolis, he said, “This is the place where Socrates died. Then he added: “My shop is only a few meters from Socrates’ school.

He then told me that he felt he was carrying on Socrates’ legacy because of his efforts to help others solve their problems.

“People come to me with problems and I tell them to turn the problem into a question, and then maybe I can help them answer their question. ”

As I said goodbye to this modern day philosopher, I felt grateful to people like him who are dedicated to helping others. It was also a comfort to know that in our changing world some things remain the same. Things like ancient Greek monuments and modern Greek philosophers.

The twelfth doctor of Peter Capaldi recast in audio drama?

Splash in a popular park in southern Minnesota