Exhibition of charcoal and pastel pencil artwork by Manjula Padmanabhan

The owl cat seems to survey the world outside the web. The curious being, with folded wings, one eye blue and the other green, has the body of an owl and the head of a cat. The charcoal pencil and pastel on paper is one of 27 drawings by author, cartoonist and artist Manjula Padmanabhan on display in Chennai at Art World, Sarala Art Centre. 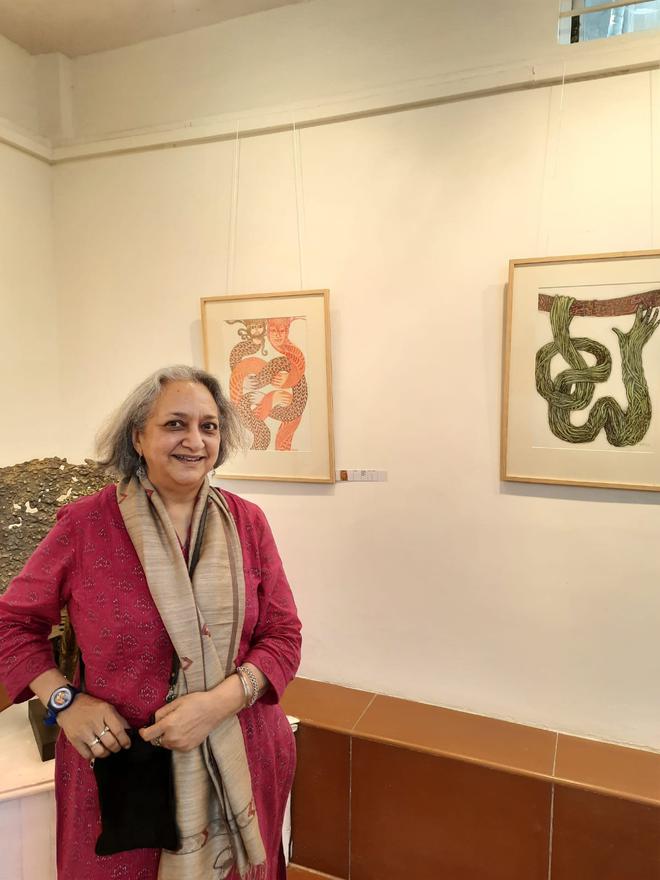 The exhibition, Knots & Crosses, is his first solo in India after 11 years. Manjula says she produced most of the work in January this year. After two years of the pandemic, “they were just popping out to get out,” she says. All of the works on display are in charcoal, a medium that Manjula had not experimented with much before. “That really dictated how these pieces evolved. I hadn’t used charcoal until 2020 – never knew how flexible it was. From rich, dense black to very soft grays, it’s a very generous medium,” she says. 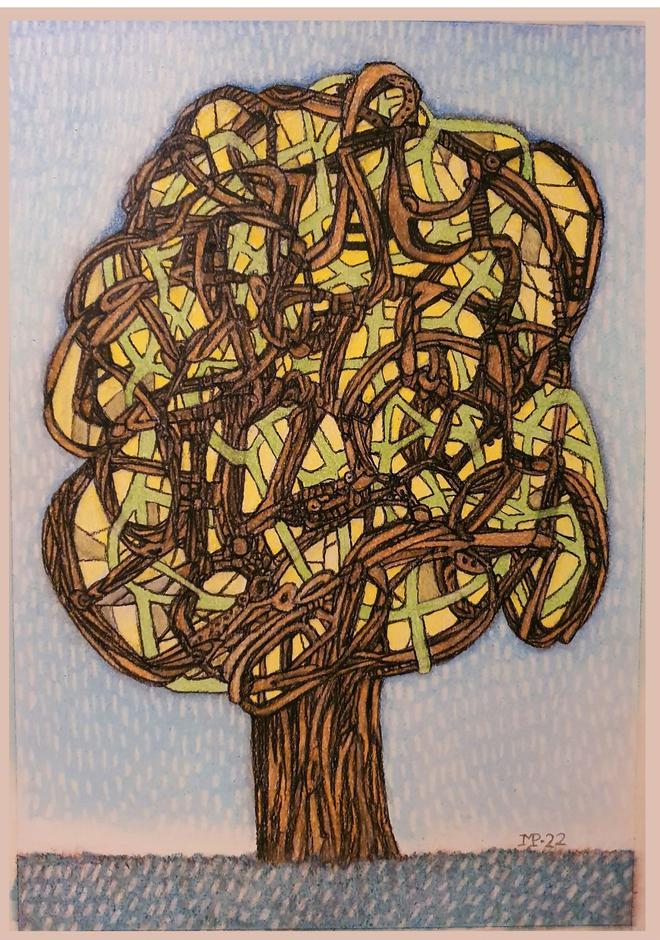 Manjula treats his canvases with care, each frame carrying a complex world of lines, twists and curves. Many designs depict knots of different kinds – tied scarves, double knots, strange serpentine beings with human faces and hands entwined in knots, a tree with a tied canopy. “I became interested in knots a long time ago – for very simple reasons like tying the laces of my sneakers or the ‘nada’ of my salwar. And also macrame. The idea that knots are an integral part of our lives – from textiles and shoelaces to fishing nets – and that we don’t even notice them – I was interested in. From birth, when the umbilical cord is cut… and tied… we learn the importance of knots. Based in Rhode Island in the United States, Manjula says she has always drawn as a designer and illustrator, but not as an “artist”. “In March 2020, I participated in an open exhibition at the DeBlois Gallery in Middletown. An open exhibition is when local artists are invited to submit work for a group exhibition, at a reduced rate and without special requirements. I submitted two pieces. It was like waking up from a long sleep, rediscovering my identity as an artist. I became a member of the gallery. It was a really happy but also laborious time,” she says. Manjula’s work includes novels, plays, short stories, children’s stories, and her popular comic strip featuring Suki, an Indian comic character she created. The game To harvest (1997), won him the Greek Onassis Prize. His first piece, Curfew, written in 1984 based on an eyewitness account of a gang rape, was a huge hit. She is currently working on a book set in Delhi which “isn’t science fiction”.

‘Knots & Crosses’ is at Sarala’s Art Centre, Chennai until 24 February.