How artist Bharati Sagar attempts to preserve magnificence through her art

“Try everything once” seems to be artist Bharati Sagar’s motto when it comes to creating art. Over a career spanning four decades, she has dabbled in various media ranging from oils and watercolors to pottery and mixed media. Her current series, Preserving Magnificence, is also a deviation from the abstracts and human figures she is known for depicting, showcasing the wonders of wildlife.

“Every few years or so I dabble in something new, whether it’s themes, styles or media. I experimented with metal dust and citric acid and found the results on paper to be quite exciting,” says Bengaluru-based Bharati Sagar, adding that she has crafted a comprehensive exhibit of abstracts using this medium. in 2017. She has replicated her use of metal dust and citric acid, this time on canvas, for her current series Preserving Magnificence. “During lockdown we were hearing reports of how animals were coming out of their forced habitats and roaming the streets. I remember thinking about how they reclaimed their own space.

His interest piqued, Bharati began reading about wildlife and was surprised to find out how many species were endangered. “I started working on this topic to raise awareness of how important each animal is to our ecology,” she says, adding that she researched nature magazines and sites as a frame of reference for various fauna. . “I’ve always done human figures and abstracts, so I needed visual information to recreate wildlife,” she says, speaking of the series where she captured a wide range of the animal kingdom. “Koalas and pandas are my favorites! Not only do they look adorable, but they also have human characteristics,” she says, recalling how, as an army child, when her family was stationed in Jabalpur, their house overlooked a valley and they could see deer, rabbits, snakes and birds all. time. “All of these memories came back to me when I was working on this show.”

Her friend, poet Rukmini Prabhakar, wrote haikus for the images in the Preserving Magnificence series. “It started when she saw some of my work on social media and was inspired to write a few lines. She’s now composed verses for almost every piece of work in the series – it’s interesting to see how she did bring out the feeling behind each work with his words. Bharati made a foray into art quite early, studying commercial art from BIET in Mumbai by correspondence at age 13 and then continuing his education at Jawaharlal Nehru Fine Arts and Architecture College, Hyderabad. At Preserving Magnificence you can also see images from “Sketches over the years by Bharati Sagar”, a handmade perforated paper sketchbook that can be individually framed.

A portion (10%) of proceeds will go to the Wildlife Conservation Society.

Preserving Magnificence, a solo exhibition by Bharati Sagar, is on view at Reves – The Art Gallery until August 25. 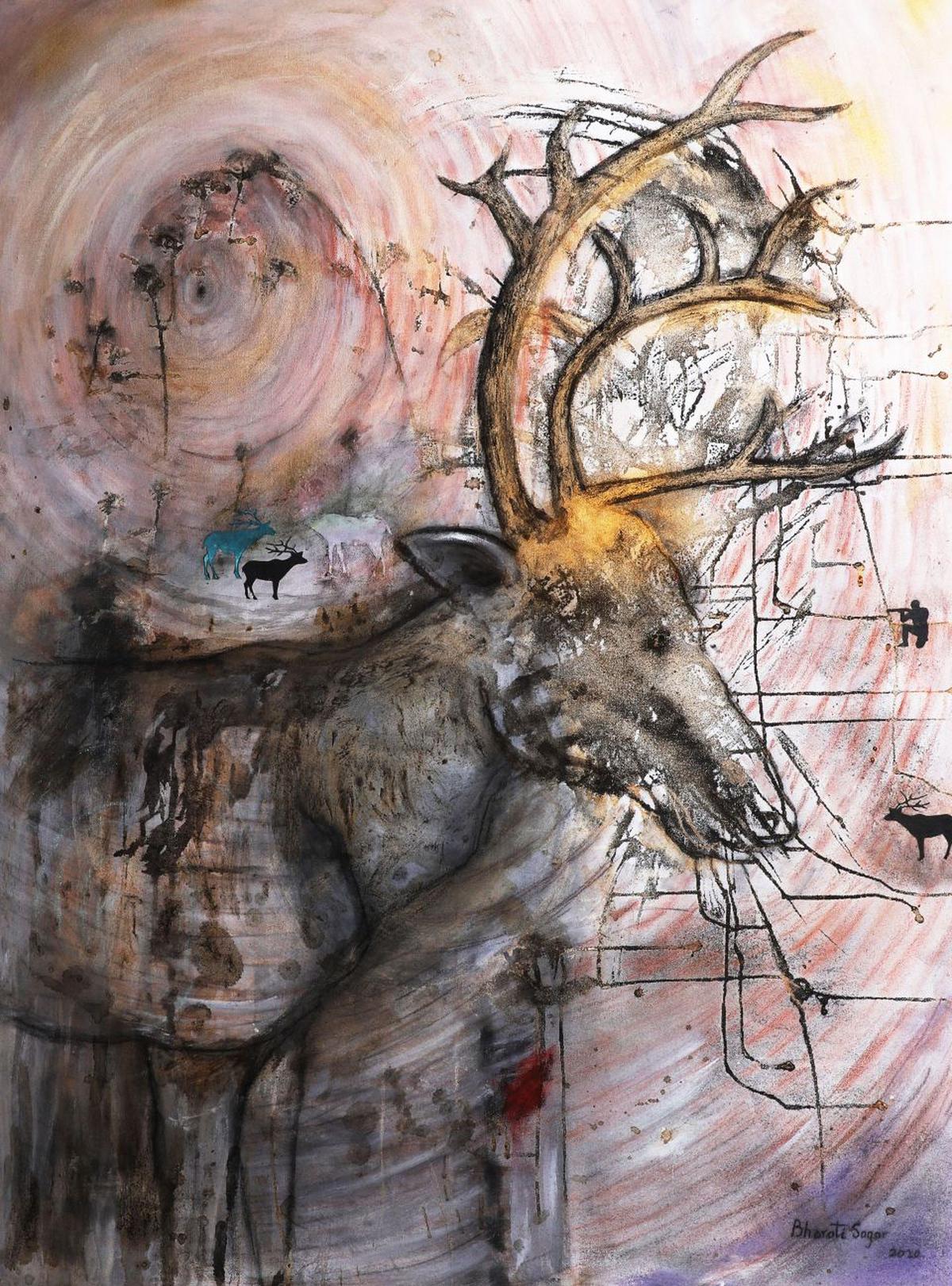