SWEIDA, Syria, Aug. 21 (Xinhua) — After eleven years of Syrian war that has caused immeasurable suffering and pain to Syrians, a group of local women have found a way to heal their broken hearts and fight for a full life. sense by creating art works from recycled rags.

A few years ago, Khloud Hnaidi, a middle-aged woman from the southern Syrian town of Sweida, started a project to turn old rags into usable items such as tablecloths, rugs and decorative works of art.

She was driven by her love for art and her desire to revive an old tradition of recycling shabby rags, especially amid the economic difficulties facing Syria.

Many women from all over the country have joined Hnaidi’s workshop to develop weaving skills and have formed strong bonds by sharing their own stories. The friendship between them inspired Hnaidi to call on more women to share their stories by creating works of art from recycled rags.

Everyone has been through something and has their own story, especially during the war, Hnaidi told Xinhua. “It’s special because they didn’t know each other before. Each of them started introducing themselves through their story about their life, their children and their husband, or where they came from.”

After years of female artistic creation, the workshop now has its main room adorned with paintings made on rags, each presented with small legends about the artist’s history.

The project helped participants through difficult times and cope with their psychological stress – some stemming from the war and others from their families.

“Starting with me and everyone here, we’ve all made progress either in our way of thinking or our way of seeing life. So, I see this place as a place of support,” said the initiator.

Manal Masoud, a Syrian woman in her 30s, has previously suffered from domestic violence, her husband having hit her on the head, causing her memory loss. She couldn’t remember what happened until her memory recovered a few months later and she got divorced, while her husband lied saying she had fallen from a ladder while she was cleaning.

Masoud painted the ladder to release his grievances. Such an outlet for negative emotions made her feel much better.

“It’s not enough to tell your story or express your pain, it’s to hear other stories and try to help people who might be more hurt than you. So you feel like you’re not you’re not alone. The place is so comfortable,” she told Xinhua.

Empowering and supporting women is crucial to building a better society, and the project has great meaning for those who participated in it, Hanan Radwan, Hnaidi’s partner in the project, told Xinhua.

Women are encouraged to stand up for themselves instead of just staying home or relying on someone else for help, she added, underscoring the original intent of the workshop. ■ 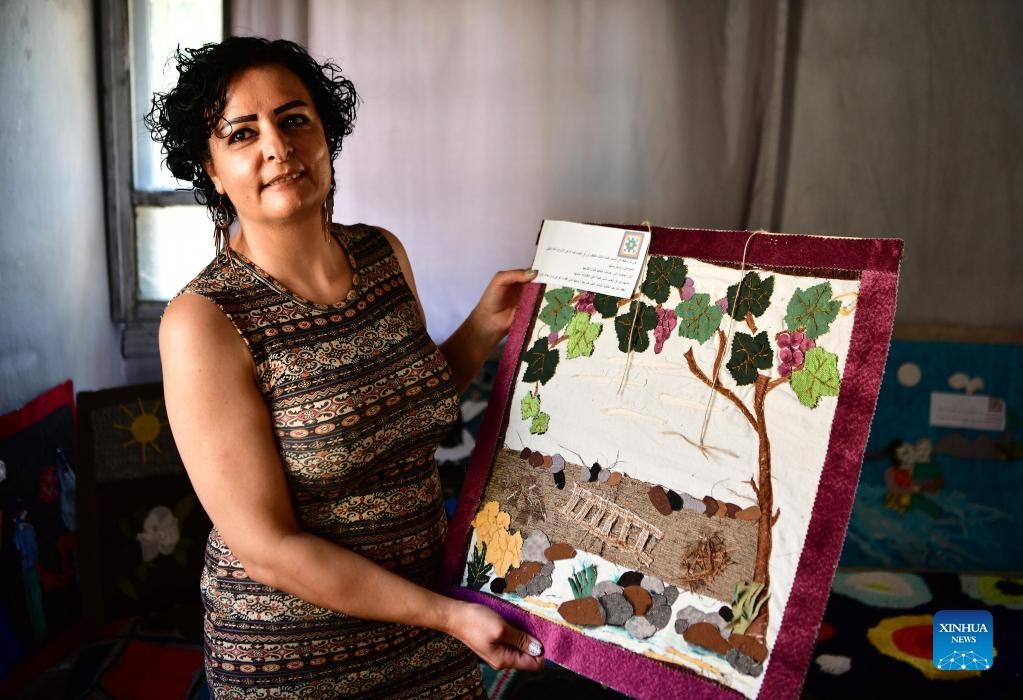 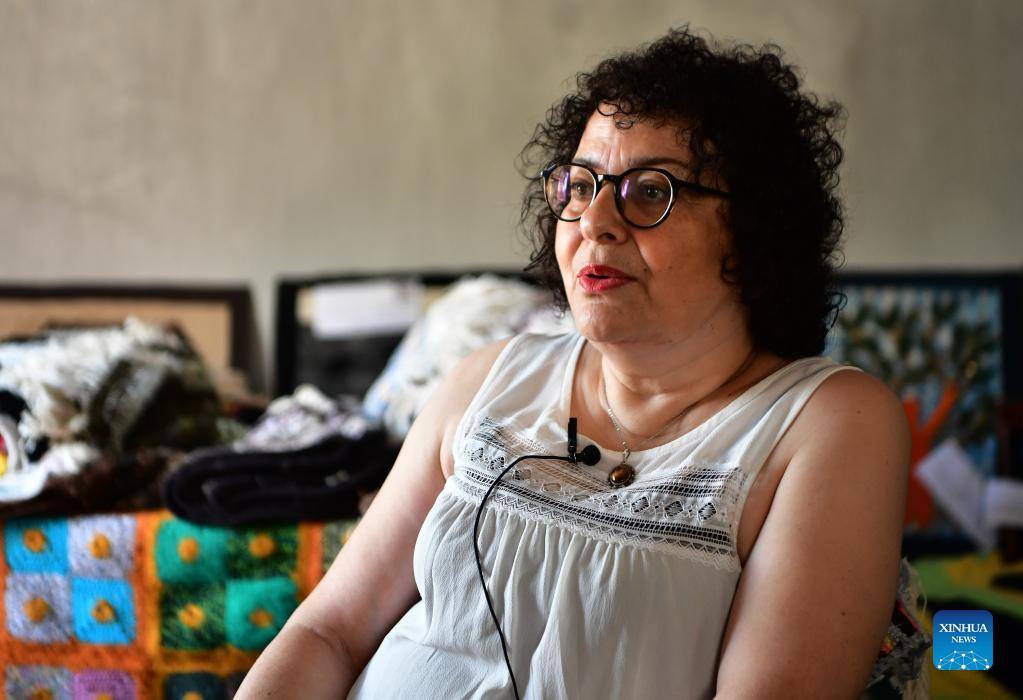 Khloud Hnaidi speaks during an interview about a project to turn old rags into usable items such as tablecloths, rugs and decorative artwork, in Sweida, southern Syria, July 3, 2022 (Photo by Ammar Safarjalani/Xinhua)